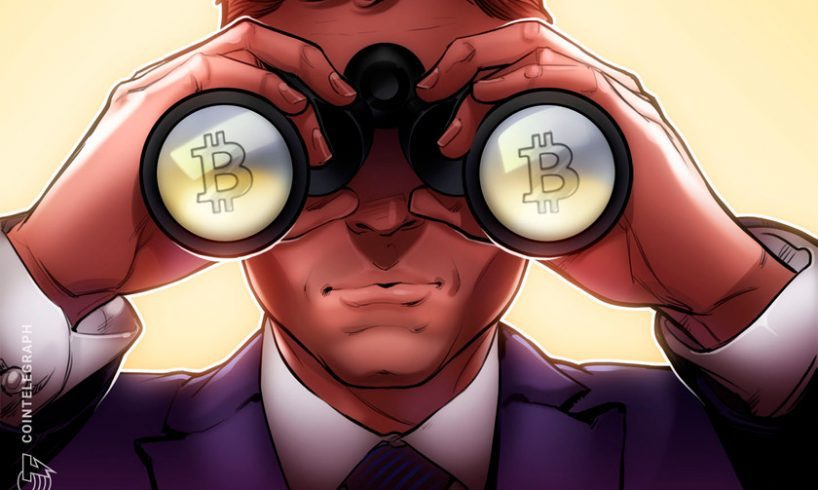 Bitcoin (BTC) continued to bounce off $31,000 support during Friday as fresh data reinforced the importance of current price levels.

Data from Cointelegraph Markets Pro and TradingView showed BTC/USD repeatedly testing but, so far, not breaking through $31,000 on Friday.

A late surge to near $32,000 then entered as unconfirmed reports surfaced that Bank of America had given the go-ahead for Bitcoin futures trading.

Market participants held mixed opinions about the short-term outlook, with popular trader Michaël van de Poppe noting on Thursday that $31,000 was something of a final frontier for Bitcoin — lose it, and $29,000 or even $24,000 would logically be next.

Fellow trader Crypto Ed also appeared undecided on the day. Earlier in the week, he had argued that Bitcoin could stage a shock rebound and hit its range highs of $42,000 before reversing downward yet again to challenge $30,000 support.

“BTC making new lows is invalidating the idea of continuation of that bounce,” he wrote in an update. Even a comedown for the United States dollar currency index (DXY), traditionally inversely correlated with BTC, is unlikely to help bulls significantly, he added.

Update on this ⬆️
BTC making new lows is invalidating the idea of continuation of that bounce.
I still think DXY should see a pull back but it’s doubtfull that such will move BTC to 42k.
Maybe there’s no hidden play in the charts and BTC is just terribly weak and I was crazy pic.twitter.com/3nr65V9y4Z

According to on-chain monitoring resource Glassnode, 9.93% of the Bitcoin supply moved between $31,000 and $34,300 — a clear zone of interest for both buyers and sellers.

“This is now convincingly the largest realised volume cluster since $12k,” the firm commented.

Previously, Cointelegraph noted that $30,000 itself forms an important level in the minds of both small and large traders, whose behavior has flipped from a “sell” to a “buy” mentality in recent weeks.

Altcoins lose out on middling sentiment

A look at altcoins, meanwhile, underscored the lack of bullish sentiment across cryptocurrency markets as the week came to a close.

Most of the top 50 tokens by market capitalization saw heavier losses than BTC/USD, these reaching up to 12% amid an absence of price triggers.

Ether (ETH), the largest altcoin, was heading to a crucial support zone of its own around $1,800. The start of a new accumulation period was now “very likely,” van de Poppe said in a YouTube update on Thursday prior to volatility reentering.