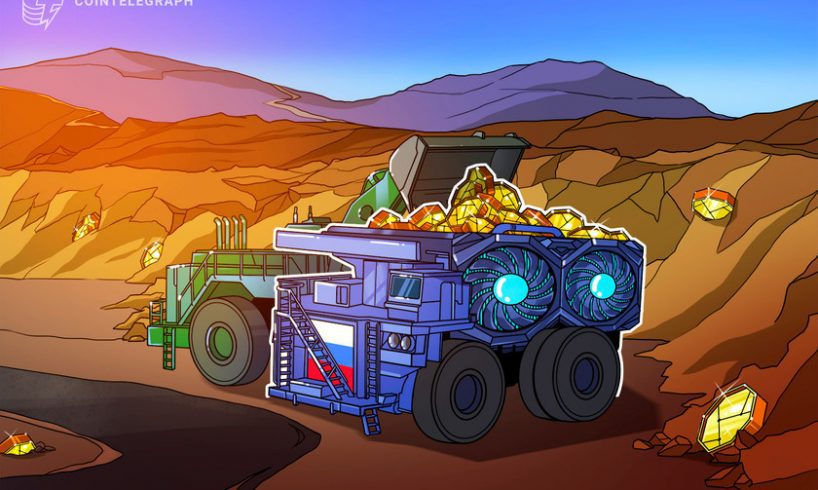 A major cryptocurrency and blockchain association in Russia is launching a project to bring global crypto mining operations to the country amid a Chinese crypto mining crackdown.

The Russian Association of Cryptoeconomics, Artificial Intelligence and Blockchain, or RACIB, announced an initiative aimed at transferring global computing resources for crypto mining to the Russian Federation. More information on the project is expected to be released at a later date, a spokesperson for RACIB told Cointelegraph.

In order to promote and implement the project, RACIB is closely cooperating with Russian government authorities and state corporations, forming a range of joint working groups with local state structures, the announcement notes.

One such group is focused on an “eco-mining” project for building mining farms and data centers powered by renewable electricity sources. In addition to Russia’s rich hydro- and nuclear-based energy, the group is seeking to establish crypto mining operations based on green energy sources like wind-based power plants.

As part of the project, RACIB is already collaborating with some foreign partners including a consortium of some of the largest crypto mining-related companies in China. The announcement notes that companies in the consortium control “more than 25% of the global hashrate of the main cryptocurrencies.”

According to energy-focused publication ​​NS Energy, Russia is the fourth-largest country in terms of electricity production, generating over 1,100 terawatt-hours of energy per year, following China, the United States, and India. According to the announcement, over the couse of 2021 Russia has set up over 1,100 megawatts of new power plants using wind farms in areas like the Rostov region, the Republic of Kalmykia, Adygea, and Stavropol Krai.

The new initiative brings another strategic opportunity for global crypto miners amid Chinese mining firms fleeing the country as local authorities have been continuously cracking down on crypto mining activity and halting key mining farms . According to data from the Cambridge Centre for Alternative Finance, China’s Bitcoin hash rate already plummeted before the crackdown, dropping to 46% in April 2021 from 75.5% in September 2019. In the same period, the U.S. hash rate share surged to nearly 17% from 4%, while Russia and Kazakhstan’s hash rate rose to about 8%.

Russia is not the only country that is offering Chinese miners its energy capacity to emerge as a major player in the industry. Miami mayor Francis Suarez in June publicly invited Chinese crypto mining companies to consider establishing data centers in the city amid miner capitulation in China.