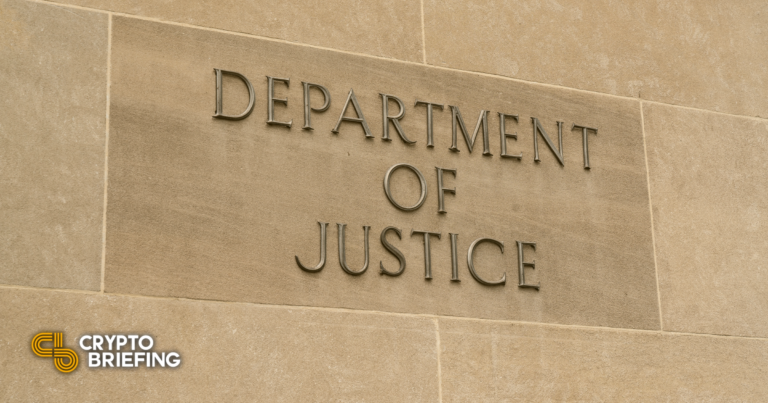 The U.S. Department of Justice’s Northern District of Ohio has sold over $19.2 million worth of Bitcoin seized from Mark Simon, who pleaded guilty to selling counterfeit identification documents and money laundering.

The U.S. Department of Justice’s Northern District of Ohio has sold Bitcoin worth roughly $5.1 million when seized in 2018 for $19.2 million.

The Bitcoin was seized from Mark Simon, who was arrested for selling false identification documents in exchange for the asset. The federal prosecutors found that Simon had been operating the scam since 2008. The FBI began tracking Simon in 2015 and caught him in February 2018. The Department of Justice seized around 500 BTC from Simon, worth $5.1 million at the time. Simon pleaded guilty a year later in court, and the Bitcoin was added to the federal treasury.

According to data posted by prominent Bitcoiner Jameson Lopp, U.S. authorities have sold over $150 million in Bitcoin since 2014.

The government has recently reported multiple seizures in cryptocurrencies, totaling close to $100,000. The highest amount—about $60,000—came from a Menlo Park resident after the Inland Revenue Service confiscated the individual’s Bitcoin holdings.

The U.S. government also added 69,370 BTC in Nov. 2020, currently worth over $2.3 billion, seized from an unnamed individual linked to the infamous Silk Road case. The auction date for the massive sale is yet to be decided.

Chinese police have seized $4.2 billion worth of crypto assets, including 194,775 BTC and 833,083 ETH, from the infamous PlusToken scheme. China Cracks Down on PlusToken Following a Nov. 19…

Lionsgate has acquired the rights to Silk Road, an upcoming film that tells the true story of Ross Ulbright, creator of what was once the world’s largest dark net marketplace….