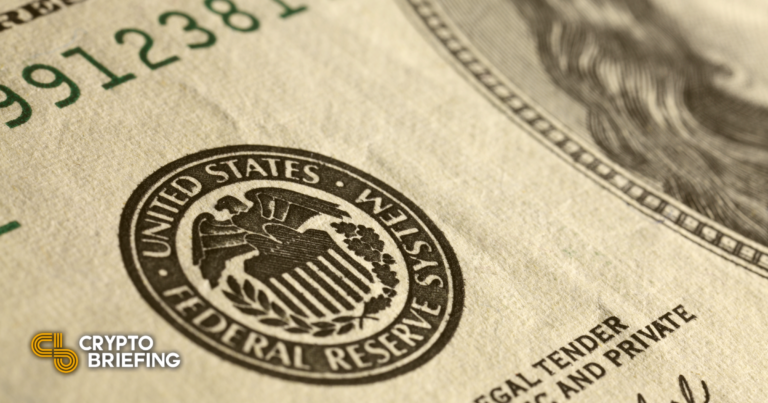 A new paper authored by the Federal Reserve attorney and a Yale economist has described a regulatory framework for stablecoins.
The authors said that stablecoins are “not yet money” and likened the environment to the 19th Century Free Banking Era.
They also advocated for taxing all private stablecoins once the Fed launches its own central bank digital currency (CBDC).

Today, there are over $100 billion in U.S. dollar-backed stablecoins issued by various private entities. Stablecoins that are backed 1:1 with USD have exploded in popularity, primarily as a replacement for traditional banking systems for the cryptocurrency sector.

Their popularity has raised concerns from regulators who have spoken about the risks stablecoins pose on global financial stability and their impact on traditional monetary systems.

According to Zhang and Gorton, while stablecoins issued by private companies have seen significant adoption, they need to be regulated to reduce the potential risks to the U.S. economy.

They used the analogy of the Free Banking Era, the period between 1837 and 1863 in the U.S. when private banks and businesses could issue their currency notes backed by gold and silver. At the time, privately-issued currencies traded at different prices based on the perceived risks and geography of a particular issuing bank. Many eventually failed within a short timespan for not satisfying no-questions-asked (NQA), a principle that a currency be accepted in a transaction without any question about its value.

“We argue that, because of credibility issues with respect to their backing, stablecoins are not yet money because they do not satisfy the NQA principle and so cannot be efficiently used as a medium of exchange.”

“If the stablecoins are not perceived as safe because coin holders have suspicions about the backing, then they may be inclined to run on the issuers.”

Putting forward these arguments, the authors stated that the government should have a “monopoly on money issuance.”

Finally, the authors suggested two options for the U.S. government and the Federal Reserve to regulate the sector.

The first suggestion involved converting stablecoins into public money backed by central bank treasuries as an “insured bank regulatory perimeter.” The second option was to tax all private stablecoins once the Fed launches its own central bank digital currency (CBDC). The paper concluded by suggesting that the Fed should hasten its plans to launch a CBDC.

The paper comes just a few days after Fed chair Jerome Powell discussed stablecoins and cryptocurrencies with the Senate Banking Committee, where he iterated that regulators should look into commercial stablecoins issued by private entities. Meanwhile, the U.S. Treasury Secretary Janet Yellen is due to discuss stablecoin regulations with the Working Group on Financial Markets.

Should such regulations come into play, they are bound to leave an impact on the broader cryptocurrency market.

A New Way To Hedge Against The Ticking Tether Bomb

Something weird happened today in crypto-world. And it could offer savvy investors the opportunity to hedge against the Tether Bomb – an affectionate term for the fact that nobody really…

Are Tether Fears Good For Bitcoin? NFTs Have Revolutionized Art, But the Metaverse is Propelling the Change How The Fed’s Move Could Affect The Crypto Market